Fix A Gas Dryer With A Good Cleaning

If your dryer isn't heating up as it used to, or isn't heating up at all, the problem may be fixed by something as simple as a good cleaning. Though you should give a gas or electric dryer a deep cleaning at least once a year to prevent buildup, the lack of a deep cleaning can cause a lack of heat in a gas dryer. Here you can learn how and why you need to clean more than your lint filter to keep your dryer running efficiently.

Gas dryers work a bit differently than electric dryers do. Since they use a flame, they require air in order for the flame to be able to burn properly. In some cases, the dryer gets so clogged that the flame doesn't have enough air to burn efficiently. In other cases, a safety feature on the dryer won't allow the flame to ignite if there isn't enough air in the dryer for the flame to burn. This prevents issues like the lint catching on fire, but it also reduces the chances of excess carbon monoxide production within the house.

Before you start this project, unplug the dryer and shut the gas off at the on/off valve. Sometimes the vent tube on a dryer becomes clogged. It may even be blocked by something else. For example, if your vent tube comes off, the lint will pile up behind the dryer and eventually block the outlet.

Clean Inside the Dryer

You'll need to remove the outer casing to clean inside the dryer. This casing will be held to the frame with clips or screws. The piece that is held on with clips won't have any visible signs of screws. Remove this piece by pulling up or out on it, depending on if it's the top piece or front piece. Once this piece is removed, remove the piece held on with screws.

Once the top and front casing pieces are removed, you'll be able to see inside the dryer, around the drum and base. You can remove the lint by hand, but it is also a good idea to use a vacuum to remove all the smaller pieces that you may not be able to see.

Once the dryer is clean, replace the casing and vent lines. Don't forget to add this task to your yearly maintenance. Even if your dryer keeps running next year, a clean dryer is a more efficient dryer that will save you resources, time, and money. If your dryer still won't heat up after you clean it, the problem may be more serious and you should contact an appliance repair specialist like S & S Appliance Service. 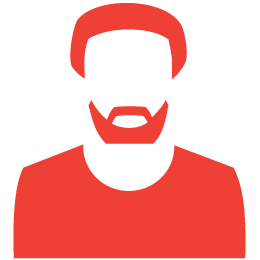 I have always loved kids, which is why I wanted to have a home that really catered to children. I started thinking about what my wife and I could do that would create a warm and welcoming environment for our kids, and we realized that it would be great to install a fun playground in the back and an area where kids could play inside. The difference was amazing, and our fun home became the destination spot for all of the neighborhood kids. Within a few short months, we were being featured in a magazine for our special home. This blog is here to help other homeowners to know how to make their homes beautiful and interesting.

Read in about 3 Minutes